How to manage overstimulation in the modern age 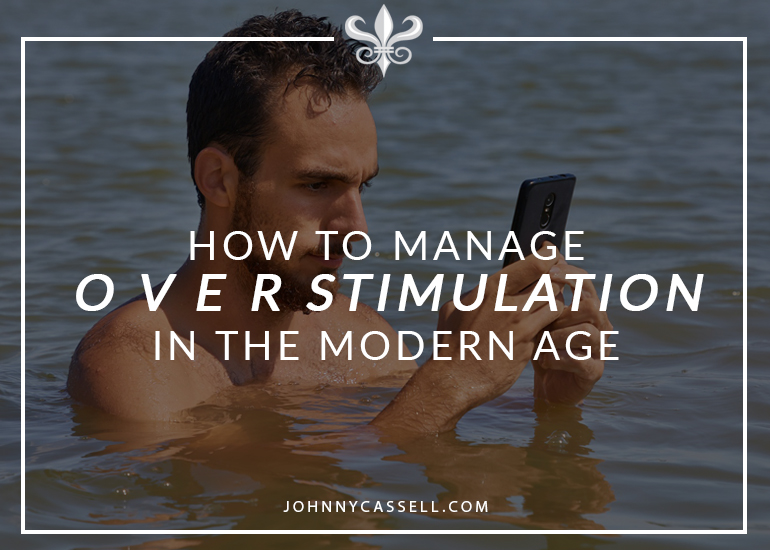 With such an exciting array of technologies now at people’s fingertips, we run the risk of constant overstimulation.

While this is often the advice given by psychologists regarding substance abuse, it applies equally to anything that triggers the reward circuits in the brain.

This can be directly damaging to your dating life and your social engagement in general.

Manage your exposure to temporary buzzes of dopamine to gain access to a higher and more enduring reward.

What are the dangers?

A range of studies on taking an excess of drugs that stimulate and increase the sensitivity of your dopamine receptors in the brain, such as MDMA, showed that you end up developing a higher tolerance the more you take.

Netflix bingeing works the same way. There are so many shows and such an emphasis on getting through boxsets in one sitting that days can pass before a person realises that they had things to do. The same goes for addictive games, such as Fortnite.

Junk food or sweets might taste good at first, but if you only eat crap, it will lead to serious health issues. The same goes for junk experience.

The problem is that we have so many different types of stimulation hitting us at once that it can be hard to know how to stop it. It all feels good. But it is subtracting from our lives.

In the world of dating and self-improvement, overstimulation becomes a real problem. It can be so easy to optimistically flick through pictures on Tinder or other dating apps and wait for the dopamine rush as someone swipes on you to create a match.

However, this distracts from the process of stepping up your game and meeting women in bars and clubs. You may miss meeting your ideal woman because you didn’t develop the skills to talk to her without setting up the interaction online.

You need to steer clear of repeatedly getting quick rushes of gratification and focus instead on long-term development.

Everything is okay in moderation, but you have to manage your intake. Stop disrupting your life and growth.

The 21st century is a barrage of cues to poke at our pleasure receptors and distract our attention from what is truly important – becoming the best versions of ourselves.

Therefore, following these tips could help you filter out some of these distractions and focus on self-development, including:

The best way to put a stop to overstimulation is wanting to be better. A strong enough urge to improve yourself will mean that you filter out distractions with a view to attaining self-realisation.

If you’re serious about improving every aspect of your life game, get in touch at www.johnnycassell.com/pua-training.