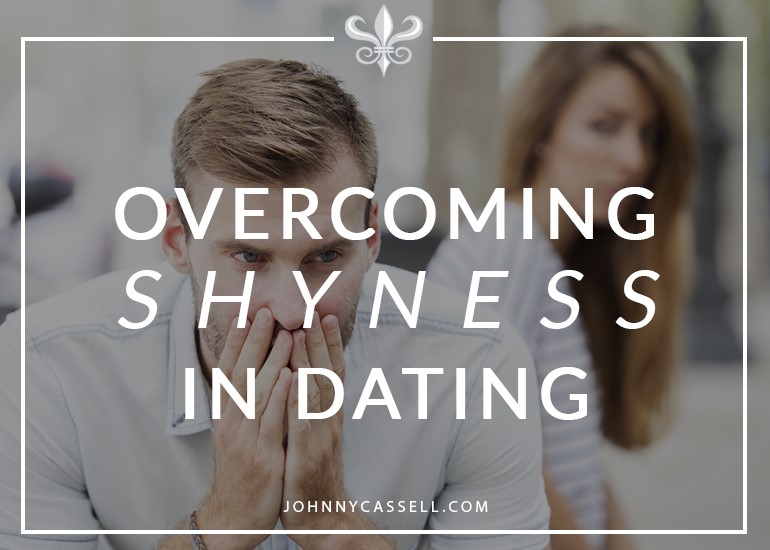 Techniques to Overcome Shyness in Dating

Confidence is the common thread through most of my teachings. You’re not going to get far without it. And if you’re shy, you might find that you’re having difficulties with women.

Shy women still get approached. They may fumble over what to say if a guy they like strikes up a conversation, or they may take a while to warm up, but you’re always going to have to try harder than them to be noticed.

A woman wants to see that you are assertive, ready to lead, and comfortable with going after what you want.

You’re going to need to overcome that shyness, and fast. A girl isn’t going to notice you if you don’t make yourself visible. I used to be extremely shy, and only conquered it after talking to hundreds of thousands of women.

It’s time to learn how to talk to girls if you are shy. It’s okay to be an introvert. I’m not trying to change you into an extrovert, but give you a few tools extroverts use to stand out. Even as an introvert, talking to a girl you like should not be out of your comfort zone.

Tackling your shyness head-on will put you way ahead of the curve with your competition. Very few shy guys actively work on this side of their character.

Firstly, let’s look at how you got here.

Why are you shy around women?

For a start, if you’re too shy to approach a girl, you’re putting the conversation on a pedestal.

You’ve got no end game when you’re relaxing with your friends, but if all you’re thinking about is getting laid when you’re talking to a girl, that’s going to raise the stakes of the conversation in your head.

Simultaneously, you could also have a negative narrative in your mind when you approach. If you see a girl that you think is “out of your league,” you’re going to talk yourself out of approaching her.

There’s a healthier way to go about it. The easiest way to start your journey into not being shy around women is to talk to loads of them. Start small for the best results.

Leave your comfort zone step-by-step. Making eye contact with strangers would be one step out of your comfort zone. Following that with a “Hi!” would be another. Tipping a glass in a girl’s direction at a bar is yet another.

Build up a bank of situations where your gestures are returned positively, and you will come to realise that talking to girls is not all that difficult.

If you’re the type of guy that lunches at his desk and doesn’t get out, make a point of going to your nearest shopping centre on your break one or two times a week. Ask girls for directions, but aim to stay in the conversation long enough to work out the colour of their eyes. This is a great way of learning how to build tension in conversations.

You can eventually ramp this exercise up to the level of “showing intent.” This is the step of making it clear why you’re talking to a girl, and it can seem daunting if you don’t normally talk to women.

Once you’ve asked for directions, follow that up with:

“Well, I know exactly where [X] is, I just wanted to come and say something to you because I think you’re pretty cute.”

That transparency can be what gets you her phone number.

Eventually, the process of talking to women will become just another type of conversation.

You also need to abandon the idea that any girl is “too good” for you because she’s good-looking. That’s a pretty demeaning way of looking at the world.

Everyone wants connection and spontaneity, and depriving her of those just because you can’t stop thinking about sex is selfish.

Once you see women as human, and as flawed as you or I, however they look, you will have no problem approaching them.

How to overcome shyness

You’re faced with a problem.

You’ve maybe started having a few conversations with girls, and they haven’t led anywhere. You still feel like you’re making women uncomfortable and can’t relax and enjoy the conversations. You feel a little shy and exposed, perhaps.

It’s because you’ve still got that negative narrative in your head. You’re missing core confidence.

This is an innate confidence that you don’t have to think about. It comes from owning your successes, making them part of you, and knowing that no one else’s opinions of you matter.

You set and live by your own benchmark, and you surpass it regularly.

Set yourself little targets every day and work hard to smash them. Whether it’s grafting for commission at work, building something, or going the extra mile at the gym, every little boost of happiness you get will translate more and more into good vibes and positive conversations with people.

This increased social fluidity comes from your confidence. You need to invest in yourself during the time that you’re not talking to girls. You don’t even have to be very good at what you’re trying. It’s the process of building yourself up one small, achievable goal at a time that gives you self-belief.

When you know in your heart you’re doing enough for yourself, shyness is likely to be less of a problem. If you’re asking yourself how to stop being shy, you might instead try building a version of yourself that isn’t. It’s a choice.

You also need to embrace the butterflies in your stomach. Everyone gets them. Even the most experienced pick-up artists feel nerves or excitement when they’re talking to a girl they’re interested in – it’s a biological reaction. Once it’s clear you’re far from alone in this, you can more clearly frame your thoughts while you’re experiencing this feeling.

Going out with a more extroverted wingman means that he can bring you into encounters and make introductions. You can also both play up to character; him as the brassy, confident one and you as the more mysterious type.

Don’t lean on this approach too much, as your wingman will not always be with you. But it’s a great way to build confidence block-by-block and to have enough great interactions during which you can develop. This is a fantastic method of enhancing your ability to read people and social situations.

How to ask a girl out if you’re shy

If you talk to enough girls on a human level, showing genuine interest, you will find that shyness doesn’t really enter into it after a while.

You don’t talk to women enough because of a fear of rejection.

But if you’re just opening up proceedings as a fun, ordinary conversation, what do you honestly have to lose? If it’s just one conversation of many, what does it matter if she says no?

Once you’ve developed enough confidence, you’ll feel bold enough to make some more direct, flirty approaches. But when you’re simply working on how to stop being shy around girls, it’s a numbers game, and you don’t have to do anything but enjoy talking to people.

“Talking to a girl on a human level” doesn’t mean just ignoring the moment if it comes up, or deliberately failing to read any signals she’s giving off. If you’re talking to her like a decent human being, you’re better than 90 percent of the guys she’s had come up to her tonight.

You still have to let her know you like her, and ask for her number. The trick is to be having a fluent enough conversation that it seems like a natural next step. If you feel like you’ll run out of things to say around women, ask open questions and let her do the majority of the talking.

Show genuine interest in what she says, pick something you identify with, briefly comment, and ask another open question. Something like “Have you been here before?” could be greeted with a simple “Yes” and the back of her head.

“They’ve been playing some absolute classics tonight. What’s your night been like?”

You don’t have to be over-sexual if that’s not your style. You can drop hints, like an occasional brief arm on the shoulder or back to initiate light touching, but you can be as straightforward and genuine as you like.

“I’ve really enjoyed talking with you. There’s a great place that’s opened up around the corner; maybe we could go check it out later in the week? What’s your number?”

What you have to realise about talking to girls is that by the time you get round to asking that question, you won’t feel shy. You’ll have broken the ice and built rapport.

If you want to learn more about breaking down your social blocks, have a look at my Impactful Connection Workshops coming up around the world.