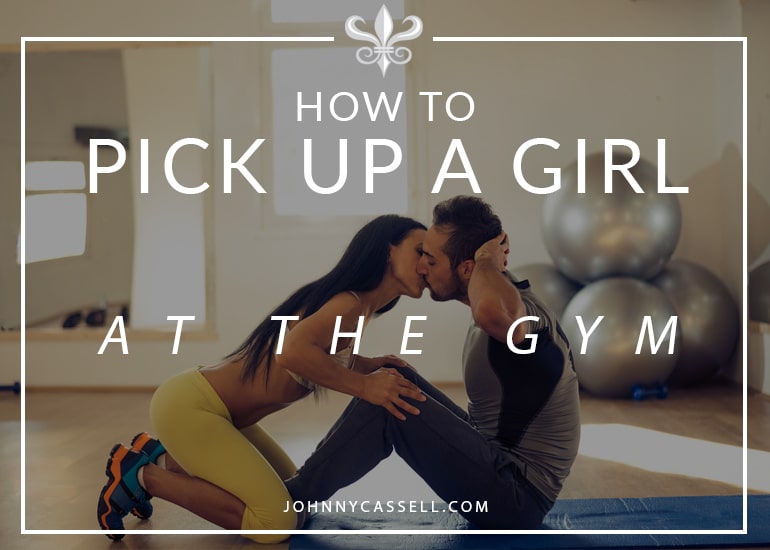 Tips on Picking up a girl at your Local Gym

The gym seems like an obvious hotspot for meeting women.

On the one hand, it’s where you’re building yourself and feeling great about yourself. Attractive, motivated women in figure-hugging clothing surround you. There’s always the hot girl at the gym that you just can’t stop watching.

However, you’re also sweating and making strange noises. Everyone exercising is also focused on themselves – women as much as anyone – so how do you climb over that social barrier to make a meaningful connection?

You just have to bear these 6 things in mind:

I’ll break these down for you.

You know that feeling when someone asks you if they can use the machine when you’re mid-rep? You wouldn’t give them your phone number either.

If she’s doing some stretching with her rear end up in the air, don’t be the creep that goes over and tries to have a full-blown conversation with her. You will be seen as intimidating.

How to approach a girl at the gym all stems from timing. Wait until she’s no longer exercising, or maybe stopping for a water break, and go over with a smile on your face. Perhaps give your forehead a bit of a wipe-down first.

If she’s training with a buddy, talk to them both, but don’t approach if either is spotting.

Give exercise-based compliments only

Storming over and telling them their ass looks fantastic in Lycra will not win you any brownie points.

Always compliment their workout technique or attitude to exercise. You could say that you liked the look of one of her exercises and wondered if she could teach you. Keep the field of play completely tasteful.

At the end of the day, people go to the gym to be with themselves and push their limits. Positive reinforcement is good to hear at the gym, and they may not be in the mood for a full-blown, sexually upfront approach.

You might be ripped, but no-one wants to see the bulge in your pants during a first introduction. It takes a particular kind of person to pull off short shorts, and most people would do best to avoid them.

A girl will be most comfortable talking to you in longer shorts that cover the knee, and a simple sports t-shirt or tank.

When you’re picking up chicks at the gym, remember that no one will be looking their best. You can at least be approachable and appropriate in the way you’re dressed.

POWER TIP: Smell tasteful too. Don’t let your sweat do the talking but don’t douse yourself in cologne as a blatant cover-up. Find a scent that works for you and put on a small amount of it before you work out.

Open with a compliment (exercise-based, as discussed) and a smile, and always keep it light. You can even try a high-five – it’s surprisingly effective.

Either way, you have a limited time in which to make an impact. Don’t start bragging about your reps, positively reinforce her, and be a force of fun in an unusual environment.

If she’s winding down her workout and leaving, why not offer to carry her stuff to the car and use it to compliment her workout?

“Bloody hell, what you were doing over there would’ve flattened me out, can I carry your bags to the car for you?”

It’s basic and gentlemanly. Even if she says no, you can springboard from it and reply with something like:

“Well, I saw what you did to that dumbbell, I’m pretty sure you can take care of yourself. Can I take your number in case I try that workout and have an emergency?”

You can always build an approach if you listen to what they’re saying and react in a friendly, enthusiastic, positive way, even when you meet girls at the gym.

In the vein of keeping it light, don’t sidle up next to her and try to lift more than you can to demonstrate your strength, or start trying to outdo her at her own exercises.

Being too competitive can create ill feeling and complicate rapport-building, so don’t showboat. Don’t even mention your workout.

In a club, you’d ask her questions about herself and let her talk. The same applies here. Ask her about her workout, and don’t give too much away about yourself. In a gym situation, you’re just an impressed onlooker.

Don’t try and take over her workout, or tell her she’s doing something wrong, either. Positivity is key to success in a gym approach.

Don’t even think about lingering

Build even the briefest flicker of a connection using the above tips and go straight for the number. You don’t have long, and there’s only so much you can do in the gym environment.

If you made a good impression personality-wise, she knows you keep yourself in good nick, and she’s seen your body. Getting her number at the gym is a great sign.

That’s all there is. It’s just about having the self-esteem to go over to someone in an unusual context.

For more advice on approaching women in out-of-the-ordinary places, you can find out about my in-depth one-to-one training here.