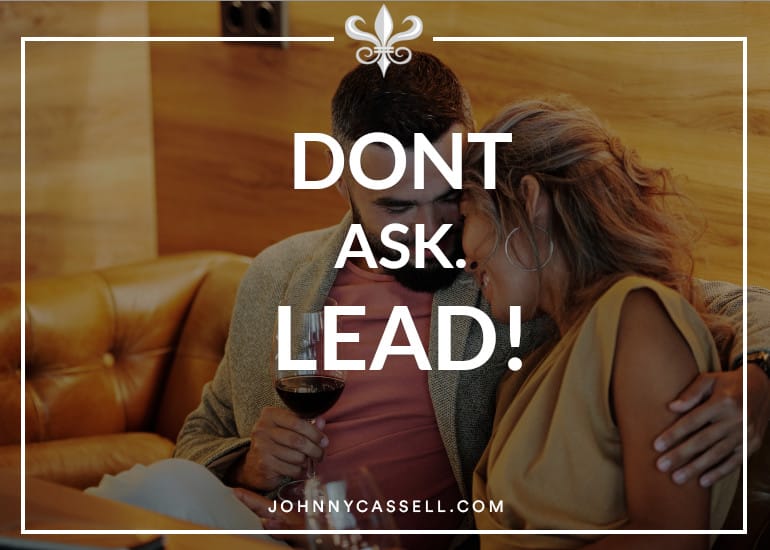 Now, here’s a little exercise you can do to eliminate any limiting beliefs you might have that make you feel like attracting women is beyond you:

Obviously, a well-groomed man is an attractive man. Even if you’re not conventionally handsome, if you’re well-groomed, you are attractive. Have your hair cut, dress with clothes that suit you, and choose the perfect perfume to seduce a woman.

Now that we’ve got in the right headspace before even approaching a woman, we can finally learn how to seduce her.

There are 4 steps to successfully seducing a woman:

There’s a difference between ATTRACTION and AFFECTION.

Attraction is nature’s way of taking over our bodies long enough to mate with someone with good genes that are compatible with ours.

On the other hand, affection is the glue that binds all social relationships. A woman may show affection for you, but it doesn’t necessarily follow that she’s also attracted.

The Paradox of Sexual Communication

When it comes to attraction, many of the ‘rules’ of human communication are reversed.

Sometimes pursuing someone will make them run away, while retreating will make them pursue you. See it instead as a ‘push’ and ‘pull’ situation. If you pursue someone, you push them away. If you ease off them, you actually end up pulling them towards you.

Being nice to someone won’t always cause them to react nicely to you. In fact if you’re too nice it can show up as a bit of a red flag.

So how do you spark that initial interest? First, show confidence in everything you do.

Confidence is the LACK OF INSECURITY. Dominance is not being DOMINEERING. Dominance means being a leader; being domineering belies insecurity.

You can be both selfish and generous at the same time. Being selfish isn’t necessarily a bad thing. It means that you expect the best for yourself and you don’t sell yourself short. Be selective, and communicate that you’re selective. Not just with women, but with all things in life.

Always keep your cool. A man who loses his temper also loses his self-respect. If you don’t respect yourself, how can anyone else? Plus, it shows unpredictability. How is a woman supposed to feel safe with a man who could explode at any moment?

Be mysterious. Don’t answer her questions with typical answers. Make stuff up if you have to. If she asks what you do, tell her you’re a cigarette lighter repairman. If she asks where you’re from, tell her you’re from the moon. Create interest by being different. You can do the same with your questions. Ask her what she would do if she only had one day left on earth, or where in the world she would go if she could go anywhere.

This can be accomplished through a combination of various techniques:

Remember what we were saying earlier about pushing and pulling? Now is the time to pull, before you become too much and push her away.

So how do we do this? BE A CHALLENGE. Present a challenge in all situations. Play hard to get by talking to her a bit and then walking away. If you’re shopping with her, go to another part of the store to shop on your own. If she wants something, resist a little. People don’t want things that are readily available to them.

This is the kind of push/pull play that will actually increase her attraction to you.

She may even do the same thing at this stage, and these can be seen as a test. Attractive women have a lot of options, and prefer men who are STRONG OF CHARACTER. They will challenge and test you in order to eliminate the weaklings.

You might experience a test in the form of a playful insult, such as “Do you always dress like a granddad?” or “That joke was so cringe.”

Don’t try and defend yourself. This shows insecurity. Instead, agree with them and turn it into a compliment. For example, “Your granddad must be an absolute legend if he dresses like this. What, was he James Bond?” Always add a cheeky smile or laugh and brush it off. Never take it to heart or get upset. You will have failed the test.

ALWAYS prioritise making a woman comfortable and safe while she’s with you.

Tell her how only good people enter your house, how this is a place of good energy and there’ll be no drama there. Say it’s a safe place where she can be free to do what she wants.

If you’re in public and someone is in your space, ask them to leave or ask the woman to come with you to somewhere more private. Carve out some territory. Sit at a bigger table. Spread out when you sit down. Be in control of yourself and your sex drive.

Now that we’ve already been touching our own erogenous zones flirtatiously throughout the interaction, it’s time to respectfully touch hers. When you make a joke, tap her knee with your hand. When you compliment her smile, gently touch her cheek.

Once she’s showing signs of reciprocity, such as keeping her attention locked on you, moving closer to you and looking at your mouth, you can go in for the kiss.

Demonstrate control by pulling back after the initial kiss. Don’t dive right in there without coming up for air. The push/pull mechanic should still be at play here. Reality is what YOU make of it. Consider other people as GUESTS IN YOUR REALITY, and not as masters of your destiny.

I hope these tips will help you not only to improve yourself every day by 1% but also to build a better life, know what you want and need and go with the flow of happiness. And with these tips, I hope you can get out there and attract the kind of woman you want, whether it’s short term, long term, or marriage.

Good luck in whatever path you take my friend but never forget that the moment you decide to drop your dream, you have to live with that for the rest of your life.

If you require further advice on lifestyle and dating, look no further than the wealth of articles on my website.