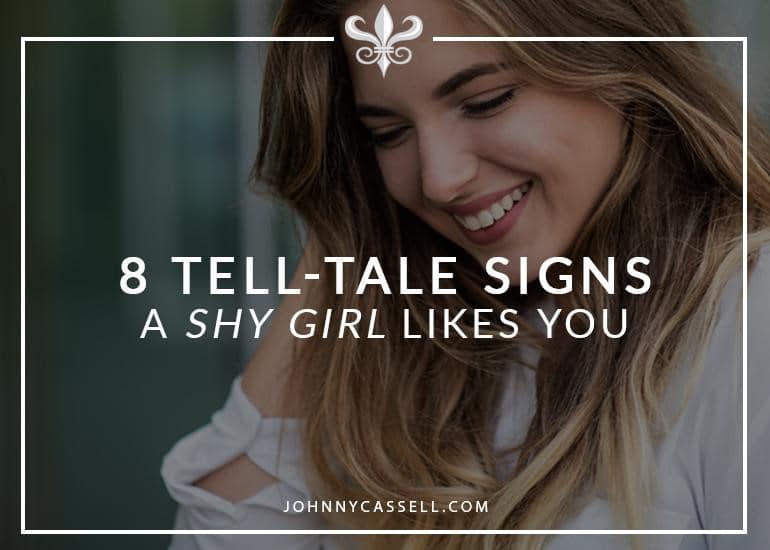 You’ll meet women with every different personality type when you’re out chatting to people. And while you may think you prefer an outgoing ‘type’, it could be a shy or introverted girl that piques your interest.

However, as shy women are often, by nature, less forward about letting on that they like someone else in a sexual way. Maybe they’re not aware how good-looking they are and expect that their louder friends will get the attention.

I like to challenge myself by chatting forthright, fierce ladies, but shy girls are often neglected in dating scenarios and deserve as much of a chance as anyone to find someone with whom to nurture a connection.

Despite the absence of extroversion, she’ll give away some tell-tale signs that she’s into you. Once you see these signs, it’s best to be proactive, warm, and engaging. Confidence is critical; two shy people are unlikely to make the most of a spontaneous moment.

I’ll run down how to engage a shy woman in conversation and the ways to recognise that she’s more excited by you than she’s letting on.

1.You’re the only guy in a group she doesn’t talk to.

I thought I’d start with this, as it’s the most disarming aspect of talking to a shy girl. It’s weird, because it’s actually what I advise shy guys to do in my workshops and course: Talk to the woman next to the one in whom you’re interested, to spark jealousy and intrigue.

Shy girls might pull this move out the bag because they’re testing you. But there may be a simpler reason: They may just feel too shy to talk to the guy they actually like, so they’ll circumvent having to do so by talking to everyone else.

In these situations, just slide into whatever conversation she’s having and talk to the whole group. Do exactly the same thing, and turn the deliberate ignoring into a subtle, sexy dance in which you slowly crank up expectations.

That’s the surest signal of all, as it might be a little out of character or may only come into play during the rare situations in which she feels extremely comfortable.

Eye contact will come across in a number of ways:

This is a big step for many shy girls, so don’t underestimate it. However, it’s best not to be the one who averts their gaze first. Not only does it make you look more confident, but it also might give her an unintentional sense of rejection.

Talking to shy girls requires a keen sense of emotional intelligence and takes a little practice. Read eye contact carefully, but don’t let it cloud your instinct. There’s a balance to strike, and it takes practice

Smiles are a great connector, but people know it shows their face at its best. They can also, however, be a sign of nerves, as well as non-sexual affection.

It’s all about what kind of smile she gives you in relation to how she interacts with everyone else. If you get prolonged, cheeky smiles with extensive eye contact, it’s probably an indicator she has something other than friendship on her mind.

However, she may give thin-lipped or fleeting smiles to others. If she’s smiling at you while playing with her hair, it’s a great sign.

4. She laughs at everything you say

You may well be very funny, but nobody is that funny. Usually, if a guy tries to be funny for a whole conversation, it’ll come off like he’s compensating and the woman will lose interest.

However, if a shy girl is having hysterics at what you’re saying, chances are she likes you and is trying to take the pressure from having to think up equally amusing retorts.

Laughter is an amazing connector, and if a girl is introverted, this may well be one of the tools she uses to communicate her affection.

5. She starts behaving like a stereotypical dork in a romantic comedy.

Some people are naturally awkward and clumsy. There’s a person for everyone, and even klutzes find their special person daliy.

However, a girl who seemed composed might start talking like they’re ordering forty pizzas at once about very strange topics, asking bizarre questions, or dropping everything on the floor.

If this is the result of a dramatic change in behaviour when she’s around you, it’s clear she has feelings for you and has a unique way of demonstrating it.

Following on from the rom-com antics, she might accidentally-on-purpose brush up against you, bump into you, or full-on fall into you if it means instigating physical contact.

The way to respond to this is simple: Use it as the deliberate invitation it really is. If she fumbles into you and issues a fake apology, put your arm around her and ask if she’s alright. Only briefly, just a squeeze, to let her know that physical contact is fine by you.

Many of her shy and kooky mannerisms will be her way of finding proximity to you so that you can take the lead.

7. She starts hanging out where you hang out.

A subtle but important signal might be her coincidental appearances everywhere you happen to be.

Maybe this is her trying to understand you more, or perhaps, again, finding ways to be near you so you take the hint.

The typical but smooth “We have to stop meeting like this!” can come into its own here.

Nervous people may shuffle and fidget a fair bit when they’re in social situations.

The more she fidgets while showing the other signs on this list, the greater your chance of initiating a positive conversation – she’s nervous because she likes you.

However, bear in mind that genuine anxiety may sit behind fidgeting and nervous body language, so be sure to take it slow and ease into the conversation. You don’t know what she’s been through or what her trust issues may be.

With this being said, accompanied by laughing, smiling, and coy physical contact, you can be pretty certain that she likes you or is, at least, curious about you.

To master talking to all personality types, get in touch about my Impactful Connection workshops.